What Influenced My Decision to Join the Health Professions Scholarship Program 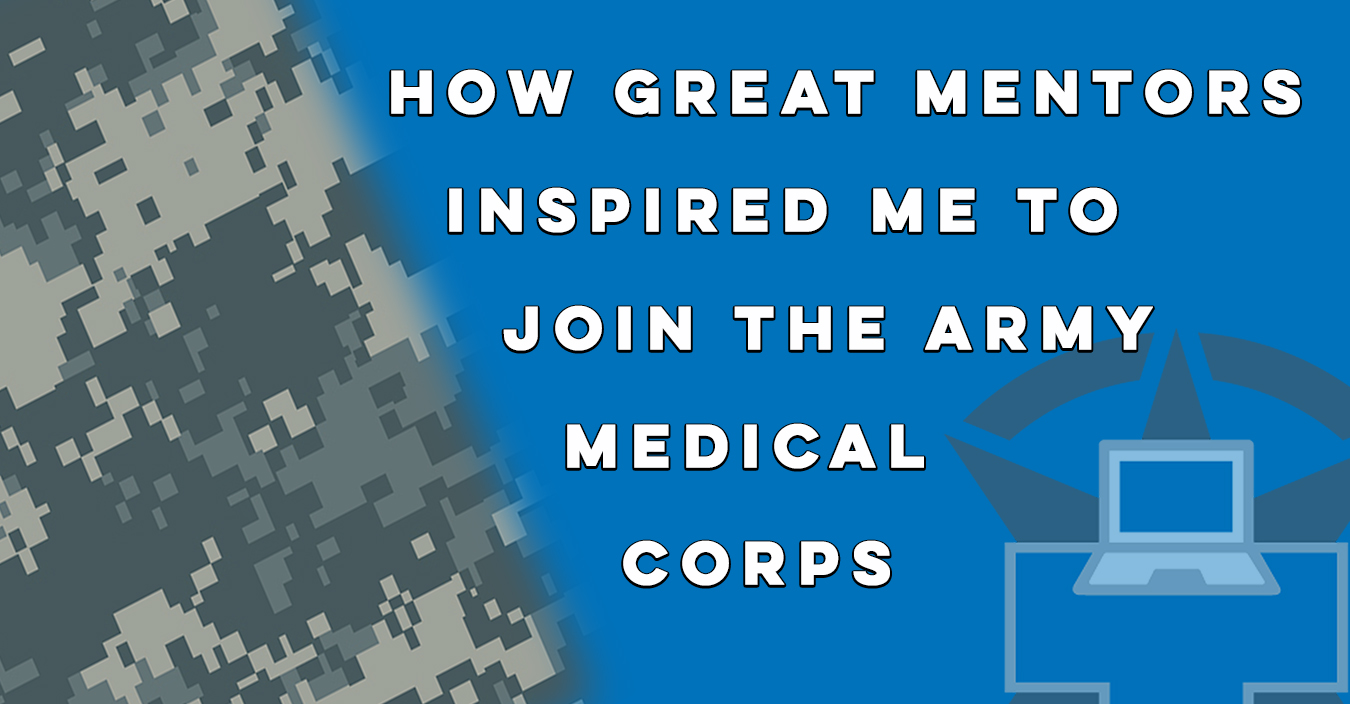 Three years ago, a Lieutenant Colonel of the U.S. Army who had become a physician through the HPSP scholarship gave a presentation for a scholarship night at a medical school near my college. I was one of the students that was invited to attend. I remember sitting in the audience as a college junior, enamored by his resourcefulness and ingenuity in orthopedic hand surgery. He showed a PowerPoint featuring some of his more interesting cases. In one section, he spoke about a soldier who had stepped on an IED which caused the loss of a leg and some fingers, amongst other injuries. This doctor was looking at the case, thinking about what he could do. There were two fingers left on one hand and no thumb. The doctor thought about the necessity of thumbs for grasping anything and realized that much of the soldier’s independence and ability to do many tasks required at least one thumb. So he took the soldier’s big toe off of the amputated leg to be used as a thumb. He couldn’t put it directly on quite yet for the risk of infection, but the toe would die if it didn’t have blood flow. So this doctor attached the soldier’s toe to a wrist for safe keeping until the hand had healed enough to be placed in the correct spot. This was one of many extraordinary ways this doctor intelligently used what he had to do everything he could for the care of his patients, and I was extremely impressed.

That presentation opened my eyes to all the possibilities and the type of training I might receive as an Army physician. I thought about what it could mean if I were to follow in this man’s footsteps. Since I was always looking for doctors to shadow and I saw his intelligence and wanted to learn from him directly, I asked him about the possibility of shadowing him after the presentation. I was lucky; he was stationed at Walter Reed National Military Medical Center in Bethesda, Maryland, and my aunt and uncle live just about an hour south of there in Washington, D.C. We all planned it out, and I was able to shadow him every weekday for two weeks in the summer after my junior year.

I was blown away when I went to Walter Reed to observe him and many of his colleagues. He set it up so that I could see many different specialties along with his. While with him, I got to see arthroscopic surgeries, a brachial plexus reattachment surgery, and removals of foreign bodies from within soldier’s arms, amongst other types of surgery. This doctor always used the extra time it took in prepping his patients to make sure they were comfortable and fully informed. He showed respect and compassion to every patient he met. He told me that one of his favorite parts about working as an Army physician was that most of his patients were completely committed to their healing so they could get back out there and continue serving their country. That was one of the most fulfilling parts of his job.

After a few days of shadowing him, this doctor spoke to his colleagues in Psychiatry, Dermatology, Neurology, Gastroenterology, and Internal Medicine. With Dermatology I was able to go across the street with medical students from USUHS (which is on Walter Reed’s campus) and residents to the National Institute of Health for Grand Rounds. It was one of the coolest experiences I have ever had. They were having a training on rare skin diseases. Students and residents could go between the stations and test their skills in diagnosing these diseases. They then had a debriefing where they could discuss their findings and work as a team to figure out a treatment plan. The psychiatrist had many interesting stories, but he told us that the main mental disorder he works with is PTSD amongst the servicemembers. He informed us that half of his job was formulating the right questions to draw patients out and allow them to fully express themselves. Internal medicine brought up so many questions for me because there was such a vast variety of patients. The doctors there were so quick to fully answer my questions! I learned so much! I was amazed that anyone even wanted to take the time to explain things to me, especially since I was not even a medical student yet. They went above and beyond to help me understand every concept I had questions about.

I also got to shadow a pediatrician and NICU chief resident, who work in some of the specialties I am interested in possibly pursuing. The pediatrician that I shadowed for only a day was a Navy doctor who I still speak to today. He was very kind and we were able to relate over a number of topics, especially due to the fact that I am also interested in Pediatrics. One evening after shadowing in another specialty, I went to the NICU and the chief resident decided to take me to (and pay for) my dinner on the campus of Walter Reed. She told me she wanted to get to know me and answer my questions about Army medicine. It was such a kind gesture! I had never been treated with that kind of respect and genuine care at any other shadowing experience I had ever had. After dinner, we went up to see some of the babies they had on the unit. She explained each case to me in detail, and I just listened in awe. Some of the things you see on the NICU floor are things you would never see in any other specialty! After taking me on her rounds, she took me to her office and asked if I had any more questions about the babies we saw. I asked all the questions I could think of. We had to have been in there for at least thirty minutes, just discussing the cases. She explained everything in depth, and yet made sure she spoke to a level that my undergraduate brain could understand. If I didn’t understand something, she backtracked and re-explained so I would. This showed me the type of mentorship I expect to see when I am a practicing physician in the Army. She was committed to my learning, and that is one thing I believe the Army stands for with their physicians.

The Lieutenant Colonel who helped me begin this journey and the other physicians at Walter Reed showed me utmost respect and cared enough about me to answer every one of my questions about medicine, the Army, and their honest experiences. I learned so much during my experience in terms of medical education but also in terms of the healing touch doctors can provide. From this experience, I learned a major part of what it means to be a physician; not only a physician, but an Army physician.

After my time at Walter Reed, I finished my undergraduate degree. I took a few gap years, trying to get as much patient care experience under my belt as I could. I then took the MCAT and began my application process. The same time that I was applying to medical schools, I was also applying to the Army HPSP scholarship. It was a lot of work and stress all at the same time, but I truly believe it was worth it. Thinking back to my experience at Walter Reed, I imagined the type of doctor I could become through the Army’s training. I had been told by recruiters and the Lieutenant Colonel that I shadowed to get my application in by October the year before I would matriculate in order to have the best chance to get the scholarship. Their instruction proved beneficial, and I was selected! After being selected and accepting the scholarship, I had to be commissioned. My recruiter wanted to do something special and suggested that we do my commissioning at the same place that it had all become a possibility for me, at the scholarship night at the same medical school I originally saw the same presentation. I asked who the speaker would be, and it turned out that after all those years, the Lieutenant Colonel (since promoted to Colonel) was coming back to speak! The same man who got the process going for me, whose presentation got me even thinking I could become an Army doctor, was the same man who commissioned me on that March evening in front of my family and friends, and other prospective future Army doctors. Now I am officially a 2nd Lieutenant in the US Army!! This fall I will begin medical school and my future career through, and for the Army of this great nation and I could not be happier, or more excited! I would definitely recommend seeking out an opportunity to shadow in a military hospital before signing, just to see what military medicine is all about! It was definitely a wonderful experience for me!