Is It Possible To Get The HPSP Scholarship With Certain Medical Conditions? 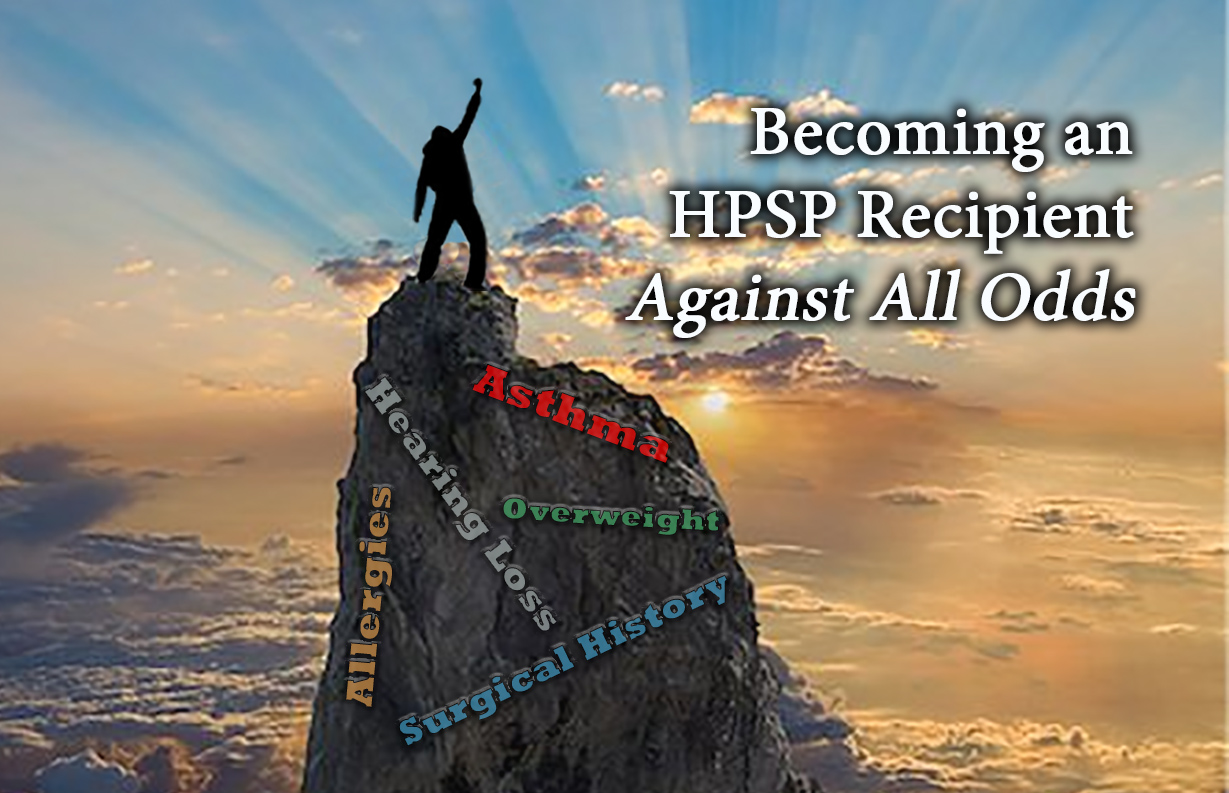 Ever since I can remember, I have wanted to serve in the Armed Forces of the United States. Coincidentally, I have also wanted to be a doctor since I was a child. When I learned about the Health Professions Scholarship Program (HPSP) as a pre-medical student in college, it seemed like the perfect marriage of two of my life goals.

Year after year, I attended pre-med club meetings at school, in which an HPSP recruiter would give a presentation on the benefits of the scholarship. I quickly gathered from these recruiters that the military wants applicants with clean medical records. This proved to be particularly problematic in my case. My medical history is far from perfect.

Before my 1st birthday, my mother gave me a peanut butter and jelly sandwich to “fatten me up.” Within moments, I had an anaphylactic reaction to the peanut butter. I would carry this deadly peanut allergy with me until the age of 12, when the risk of anaphylaxis subsided. Additionally, I was diagnosed with eczema, asthma, and other allergies from a very young age. Despite these problems, a regimen of medications enabled me to live a normal life, playing sports, hanging out with friends, going off to church camps, and progressing through the public school system.

Years later, as a 23-year-old with a medical school acceptance letter in hand, I made the decision to apply for the HPSP scholarship. I knew my chances of being cleared for military service were slim to none, given my medical history, but my desire to serve outweighed my fear of failure. I began the application process in October of 2016, during my gap year (I had deferred my matriculation for one year). From the beginning, I knew it would be an uphill battle. The Navy immediately sent me on a scavenger hunt to accumulate as many medical documents and physician notes that I could gather, all the way back to my childhood.

After a month of acquiring these documents, I was told that I needed to undergo a peanut challenge with my doctor, a test in which I would eat increasing amounts of peanut butter over 5 rounds, each round with a 30 minute break in between. This was the last thing I wanted to do. After all, I had basically avoided peanuts all of my life since I knew they could potentially kill me. In spite of this, I conceded to the Navy’s ultimatum and underwent testing. I made it to the last round reaction-free, but shortly after the final round, I began showing signs of a reaction. Not taking any chances, the doctor gave me an antihistamine, effectively reversing the onset of symptoms. As to be expected, the Navy was displeased with these results. My application was put on hold, and I was told that the only way to move forward in my HPSP application was to do another peanut challenge and pass it with no reaction. Suffice it to say, I scheduled another peanut challenge. One can imagine the nervousness I felt during my second peanut challenge. This was my last shot. Failure was not an option if I was to serve in the Navy. Miraculously, I passed the second peanut challenge, reaction free!

This is not to mention another ominous test I went through (per Navy orders) to prove that I no longer have asthma. In that test, I inhaled increasing amounts of methacholine, a chemical that would provoke an asthma attack if there were any remnant of the disease in my lungs. Thankfully, with resolve and the moral support of my girlfriend who was by my side, I made it through this test with flying colors.

After 5 months of waiting on appointments and test results, during which time my HPSP application remained at a stalemate, I had gotten the break I needed. I successfully qualified for processing at MEPS (military entrance processing station). I made it through the physical examinations at MEPS with no problems, a feat, considering the large stack of files that comprised my medical folder. In total, between the day I began applying for the HPSP scholarship and the day I was selected, I went through 9 months of paperwork, doctor visits, and other obstacles that could comprise another blog post.

If you have a similar story, or if you have other potential issues that are preventing you from applying for an HPSP scholarship or serving in the Armed Forces, I raise you this: you don’t know what can happen until you try. If you have the desire to serve your country and want to couple this with your call to medicine, apply for the scholarship! You will be shocked by what you can accomplish with enough resolve, willpower, and hard work. Take it from a sickly child who is now a medical student and Ensign in the United States Navy. What do you have to lose?