How to Plan a Meaningful HPSP Commissioning Ceremony 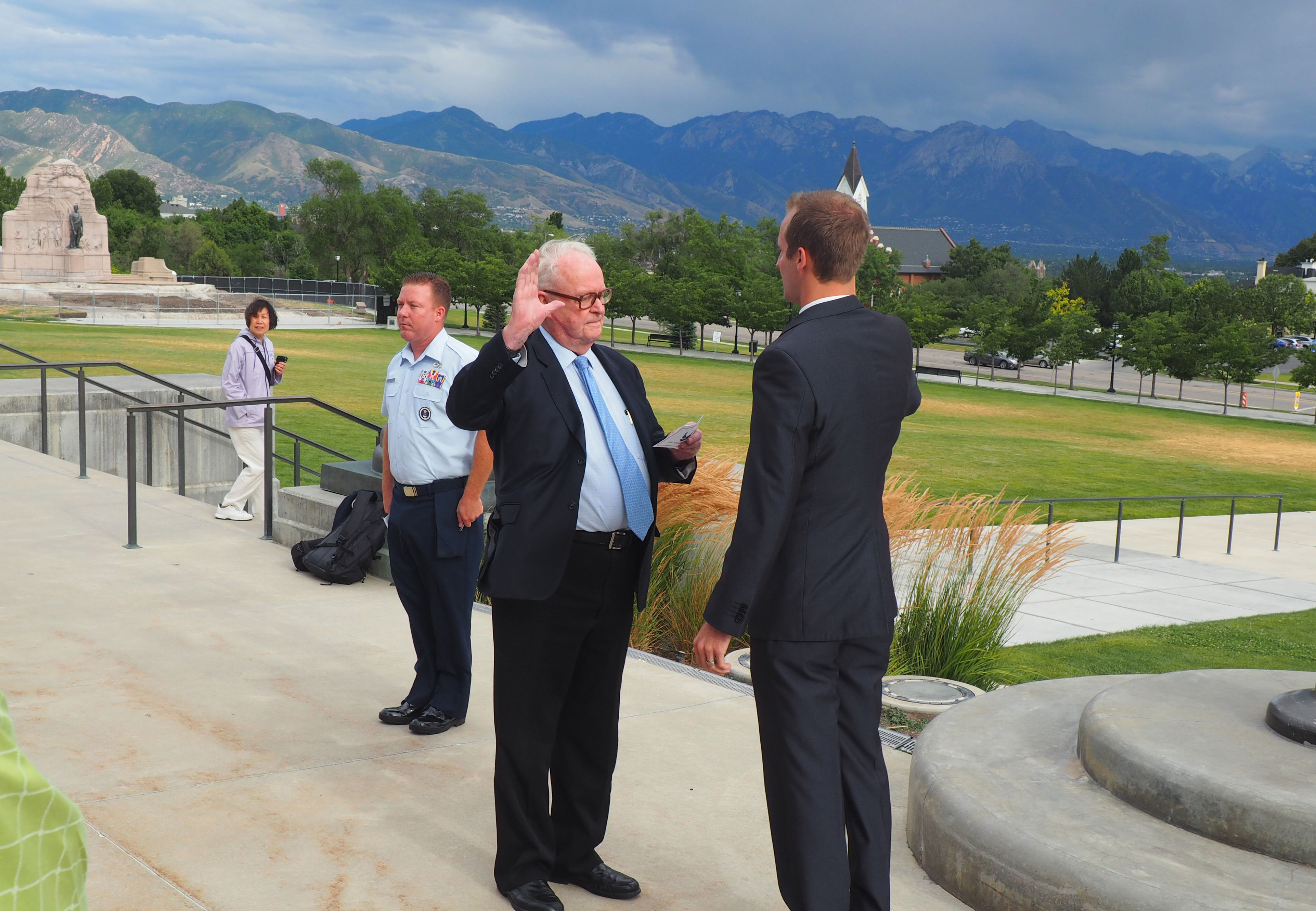 Receiving a 4-year dental school scholarship from the United States Air Force was a huge honor for me.  I had considered attending the Air Force Academy out of high school but for one reason or another, I decided against it. The day I found out I had received the HPSP scholarship I was grateful to know that I could fulfill my dream of becoming a dentist and my dream of serving in the Air Force.

A neighbor of mine growing up was a fighter pilot in the Air Force and was a mentor to me throughout my youth and into college. My grandfather was a B-17 side bomber in the Army Air Corps in WWII and retired as a Lt. Colonel in the Air Force.  A few other cousins and grandparents on both mine and my wife’s sides also have a history of service in the military.  They were all very proud of my decision to join the Air Force and excited to support me in this endeavor.  Knowing how big of an honor this was to not only myself, but also to my friends and family members, I wanted to hold a meaningful commissioning ceremony. I didn’t want it to be in a dark room in some recruiting office with just me and my recruiter present, as they often are.  Instead, I wanted my commissioning ceremony to reflect the importance of this huge step in my life.  So with very few resources available online to plan a commissioning ceremony, I pieced together what I thought was a very memorable and intimate ceremony.

Here are a few things that everyone should know when planning an HPSP commissioning ceremony.

Work with your recruiter to plan the ceremony and provide resources

Chances are, your recruiter will be happy to help you plan a commissioning ceremony to be held somewhere other than the recruiting office.

I asked my recruiter to bring chairs to the ceremony for guests to sit on. He picked up some nice white chairs from a party rental company and came early to help set them up.

The ceremony can be held anywhere with an American flag

Try to think of a place that would be memorable such as the local courthouse, a church building, or your state capitol. As long as there is a flag or you have a flag you can set up, you can hold your commissioning ceremony there.  Call ahead of time to schedule your ceremony at a time that doesn’t conflict with other events taking place at the venue. Government and church buildings are usually very accommodating and will be thrilled to hold your ceremony at their building.

I held my ceremony at the state capital.  We planned on having it in front of the main steps, with the inside lobby area as a backup plan in case of rain.  The weather ended up being perfect though. It was a bit windy but the view was amazing and the venue couldn’t have been more fitting for a commissioning ceremony.

Dress to match the importance of the ceremony

If you are going to put in the effort to prepare a nice ceremony, don’t show up wearing street clothes. Wear a nice suit and tie (or dress for females).  Male students should cut their hair short and shave their beards. It’s the details that matter, so do your best to look like an officer on the day that you become an officer.

If you are going to ask someone to participate in the program, make sure to give them at least a week’s notice.

Try to limit the ceremony to 30 minutes so that you have time for pictures afterward.

Ask your recruiter to conduct the ceremony

Provide him/her with a program detailing the sequence of events.

Recruiter welcomes everyone to the ceremony

Be sure he/she announces all of the military personnel (past and present), and their ranks, who are in attendance. You will need to provide your recruiter with a list of military attendees.

If religious, open the ceremony with a prayer

A commissioning ceremony can be a very spiritual experience. Invite the spirit into the ceremony by asking someone beforehand to say the opening prayer at the ceremony.

I asked my father to say the opening prayer, as he was extremely influential in getting me to this point in my life and encouraging me to go the military route after dental school.

Recruiter announces the remainder of the program

Next, I had my grandfather who is a WWII veteran and retired Lt. Col in the Air Force share a few thoughts.

Swear the oath of office

You can have anyone who is a retired or current officer in the military commission you by reading the oath of office to you as you repeat it. The recruiter has to be present as a witness to ensure that the commissioning indeed took place.

I chose my grandfather to commission me because he was career Air Force, and a big support to me throughout my life. At the time, he was 90 years old which made it even more special, that he lived to swear me in as a second lieutenant in the Air Force.

Your recruiter will salute you for the first time as a newly commissioned officer.

Thank everyone for their support and for attending the ceremony. Share any other thoughts or impressions that seem appropriate.

If religious, close the meeting with a prayer

I asked my wife’s grandfather to say the closing prayer.  He served for a number of years in the Army and I really look up to him.

You will want to remember this day as this is the first step of the next great chapter of your life. Once the ceremony is over be sure to get lots of pictures with your family and friends.

Sign all of the official documents that verify the commissioning ceremony took place and that you were sworn in as an officer. Once these documents are signed, you are officially a second lieutenant (Air Force and Army) or ensign (Navy) in the United States military!

It is a tradition for newly commissioned second lieutenants to give a silver dollar to the first enlisted Soldier to salute them.

I grabbed a silver dollar from my coin collection and gave it to my recruiter who saluted me at my ceremony. He was very grateful that I had thought of this, as he had never had a student give him a silver dollar. Although it is just a tradition, I think it is a nice gesture and a good way to express thanks to your recruiter for what he/she has done for you.

I am extremely glad that I put in the time to plan an awesome commissioning ceremony. My loved ones were able to be there and my 90 year old grandfather had the opportunity to commission me as an officer in the United States Air Force.  Those who were in attendance were very complimentary about the sincerity that was felt at the ceremony. They were grateful to be present and expressed that it was an honor to attend this type of an event.  Throughout the ceremony many foreign tourists stopped to take pictures as it was apparent to them that something important was taking place.  Overall, it was a very successful ceremony and one that I won’t soon forget.  I hope that other students planning a commissioning ceremony also dare to plan something different, something meaningful, for this rank deserves more than a dark room in the basement of a recruiting office.

“I, (state your name), having been appointed a (rank) in the United States (branch of service), do solemnly swear (or affirm) that I will support and defend the Constitution of the United States against all enemies, foreign and domestic; that I will bear true faith and allegiance to the same; that I take this obligation freely, without any mental reservation or purpose of evasion; and that I will well and faithfully discharge the office upon which I am about to enter. So help me God.” 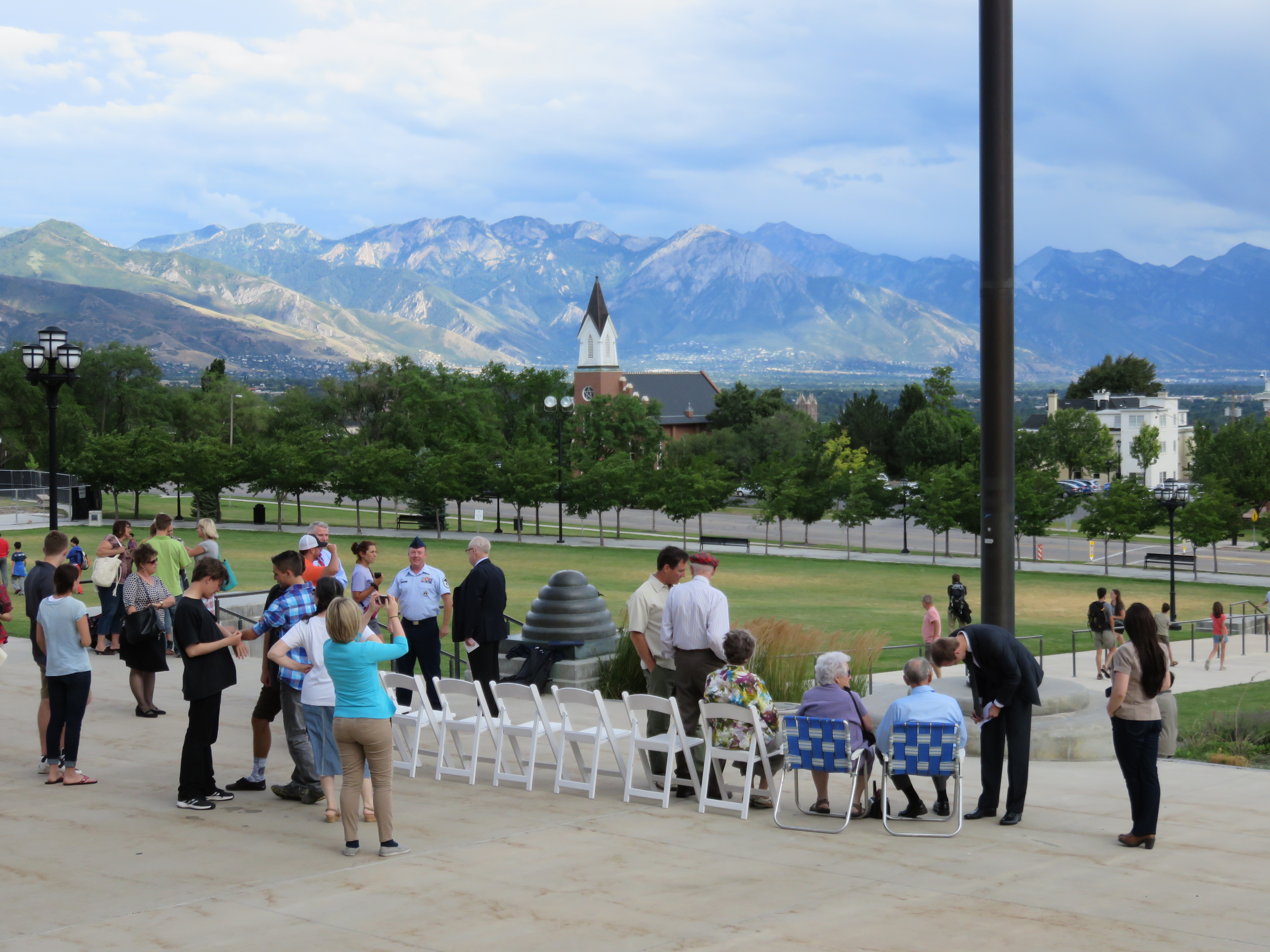 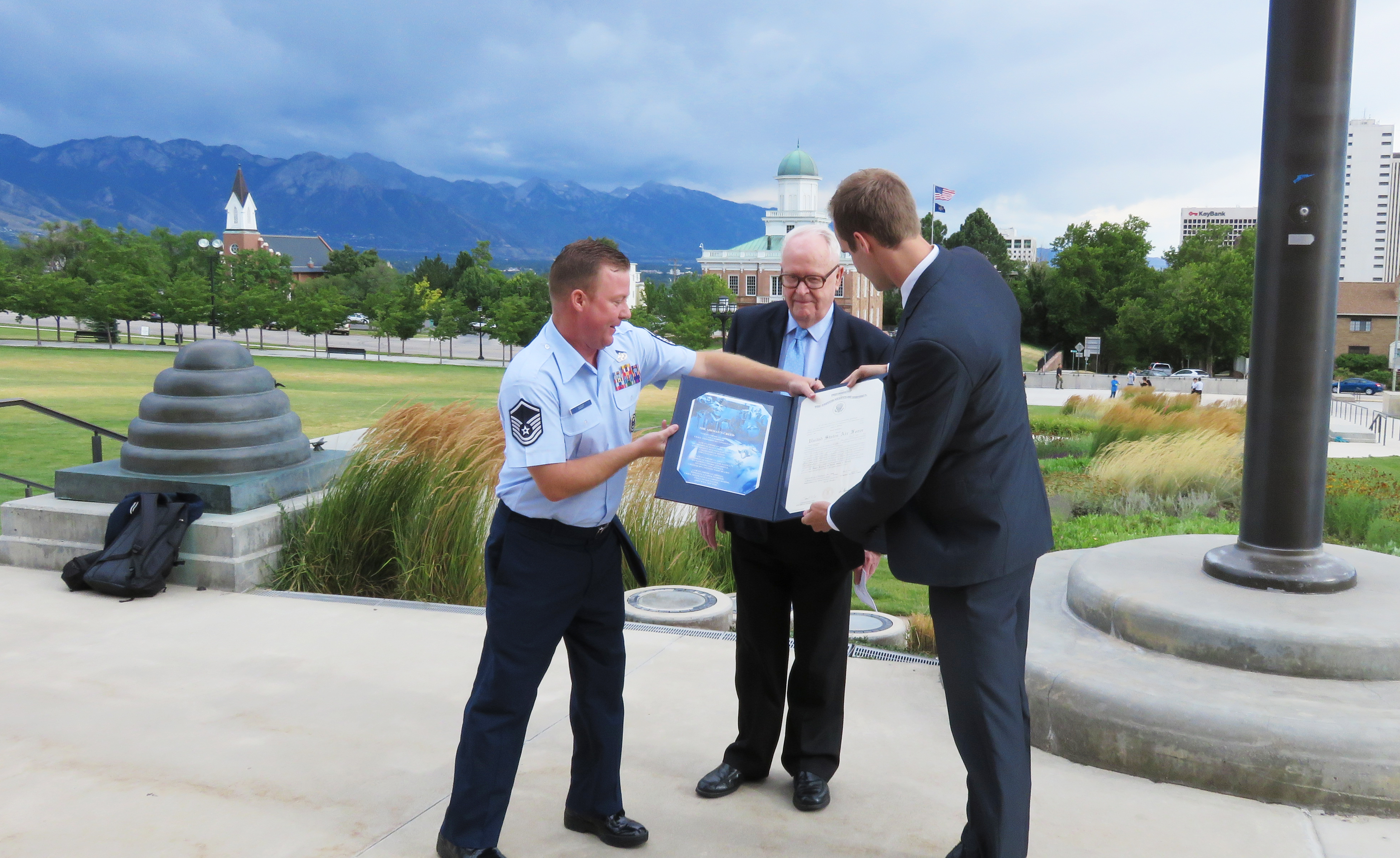 Wow, great info. I was worried for a minute that I wouldn't find anything about the ceremony. I'm gonna try and do something similar!
Jun 16, 2022

So helpful! Thank you for the information and for giving these talented students an idea of how to embrace the moment and make it special.