HPSP Scholarship From a Wife's Perspective 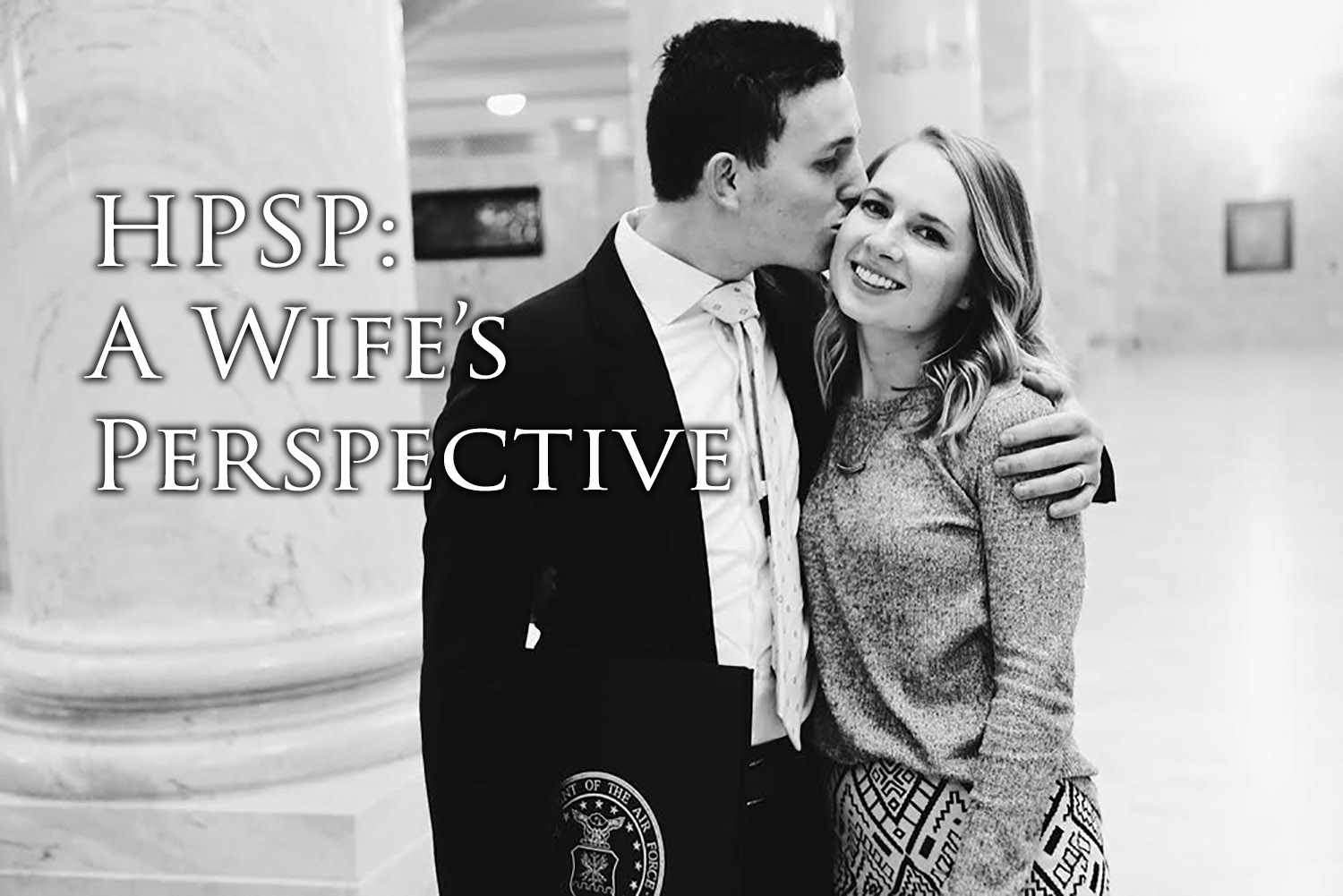 When my husband and I speak with other pre-dental students about joining the military to pay for school, one of the most common reservations I hear is, “My wife or (insert loved one) would never let me join the military.” I’ve never really bothered to ask them why, because I understand that everyone’s situation is unique and the military is not for everyone. However, I can’t help but think to myself, “You’re missing out on an amazing opportunity.” Of course there are some precautions to consider before taking the oath, but I personally think the pros far outweigh the cons.

If you are in a relationship with or married to someone considering the HPSP scholarship, there are a few questions you should ask yourself. What are your future plans? Do you plan on working for a second income, and if so, would you be able to work remotely? Do you have children? What is your financial situation? Do you have any other fears or reservations? For some, this might include the idea of deployment, war, political turmoil, being “owned” by the government, spending time away from your spouse or moving far away from extended family. If these reservations apply to you, then you’re not alone, because I initially thought the same thing: “Wow, what a restrictive lifestyle!” However, after actually meeting with other military wives and embarking on this journey myself, I have found the opposite to be true. HPSP has been nothing but liberating for us.

Before I was married, I lived near a Navy base in Italy for about six months and I was able to get to know several Navy dentists and their families very well. I saw the comfortable lifestyle they lived, their amazing travel opportunities, and many of them expressed to me that they would pick the military route again if they had the chance to redo it. I didn’t grow up in a military family, and I never would have thought I’d be a “military wife,” but when my husband presented the HPSP concept to me, I immediately saw it as a fantastic route to take because of the positive feedback I had received earlier from others, and I supported him in applying for the scholarship.

In addition, I had always planned on being a stay-at-home mom, and by being in the military we realized this would be possible, especially without any loans to pay off. On the flipside, if you’re both working toward a career, just remember that you’re not signing your life away – it’s just a few short years. During our time in the military, we also plan on having most, if not all of our children on the military’s dime. It’s a great time to grow our family.

Obviously the biggest benefit of doing HPSP is the fact that it’s a full ride scholarship. Tuition, books, and fees are completely covered in addition to a monthly stipend given to the student. Being completely debt-free is huge, as most dental students exit school with hundreds of thousands of dollars in debt and struggle through school, only to have to spend a decade or more after school paying off loans and delaying retirement. My husband and I will be able to go through school (and life afterward) without the financial burden many carry, and I see that as an enormous benefit.

More than being just debt-free though, the HPSP scholarship has opened so many doors that would have otherwise been shut. Because money isn’t such a huge factor with the scholarship, we were able to select any dental school we wanted to attend. We chose University of the Pacific in San Francisco, which is a three-year program instead of the usual four and is quite a costly school. Had we been taking out loans, we probably would have felt limited and applied to just the cheapest schools in the country. We had more freedom to explore different schools, choose the school we felt best about, and as a result, my husband will have just a three-year payback to the Air Force. 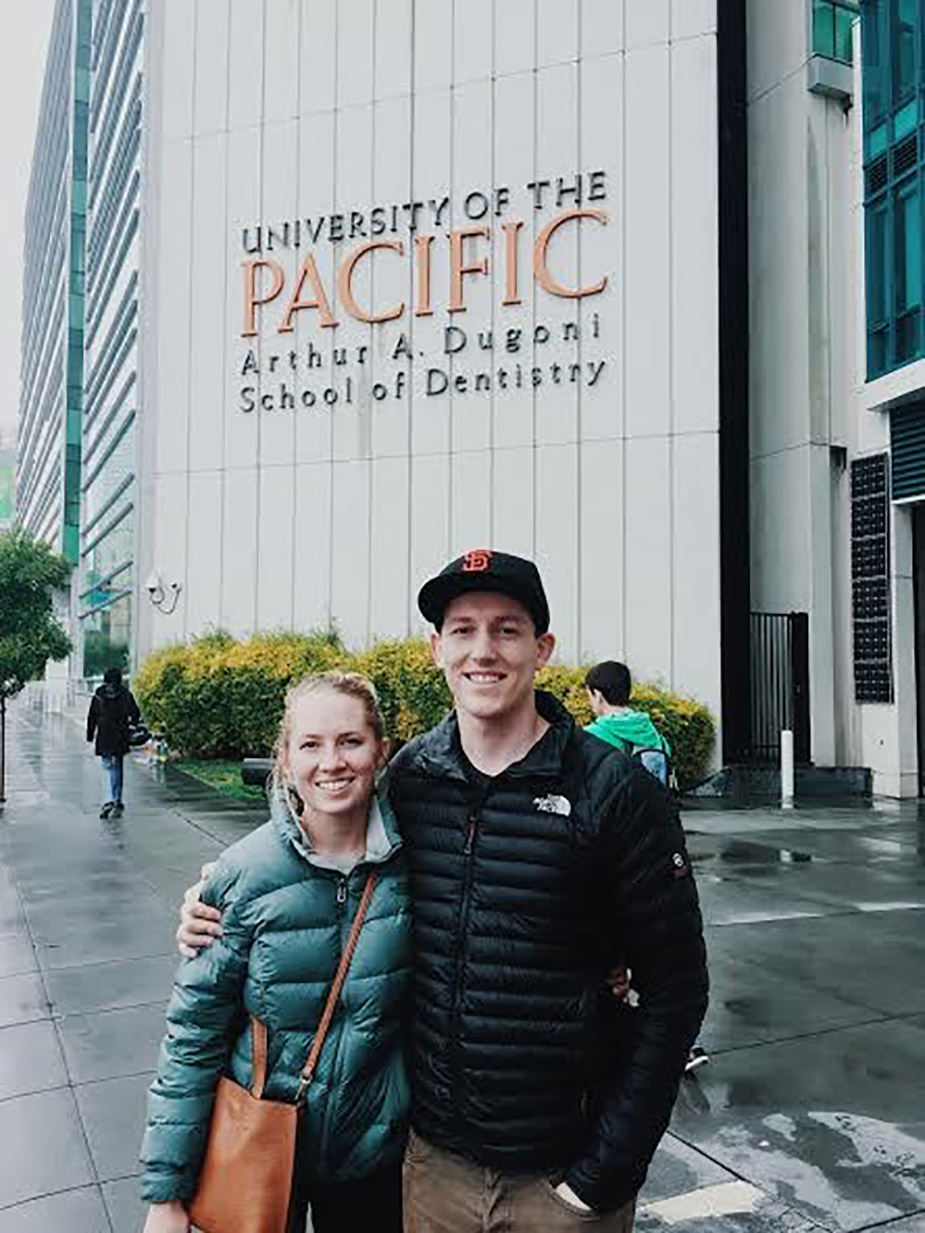 A big fear of many wives is that there is a risk of their husband being deployed. Of course this is a concern for me as well, but it is comforting for me to remember that my husband will be a doctor and won’t be in combat if he ends up getting deployed. In fact, most of his job would be to make sure other soldiers are healthy and prepared for combat. That’s not to say my husband will never be in danger, but he also won’t be on the frontlines. Nonetheless, I’m willing and prepared to trade a lifetime of student debt for 4-6 months of deployment.

We will also have the opportunity throughout his career to be stationed at different bases and have experiences in new locales, all while having housing and insurance provided. For some, moving away from your roots might be a downside, but leaving our immediate family has only strengthened our marriage as it forces us to rely on each other more and become more independent. Moving away is also much easier nowadays than it used to be, because video chat and technology have replaced old fashioned snail mail.

While time away from loved ones is an obstacle that many people see, HPSP can actually give you more time with your spouse if you look at it another way. The financial benefits of HPSP are allowing me and my husband to invest money in a retirement fund every year. Many people don’t consider how difficult it is to invest when you have heavy student loans. We have already begun investing and will continue to do so throughout dental school and beyond, which will potentially allow my husband to retire earlier and spend more time with our family in the long run. This perspective takes some foresight, but we see this as a definite bonus.

Overall, I would encourage spouses and loved ones of students considering the health professions scholarship program to try and see it as an opportunity for more freedom rather than as a restrictive or risky lifestyle. I’m so grateful that my husband was selected for the Air Force HPSP, and I’m honored and proud to know that we are both serving this great nation together.

Thank you for the wonderful post! Marvelous insights.
Jul 17, 2018

Yes, the living costs here are higher than anywhere else in the country. the married students here typically pay ~$2400 for a studio apartment downtown. If you live outside the city (Emeryville, daly city, etc) then you can get a one bedroom for the same