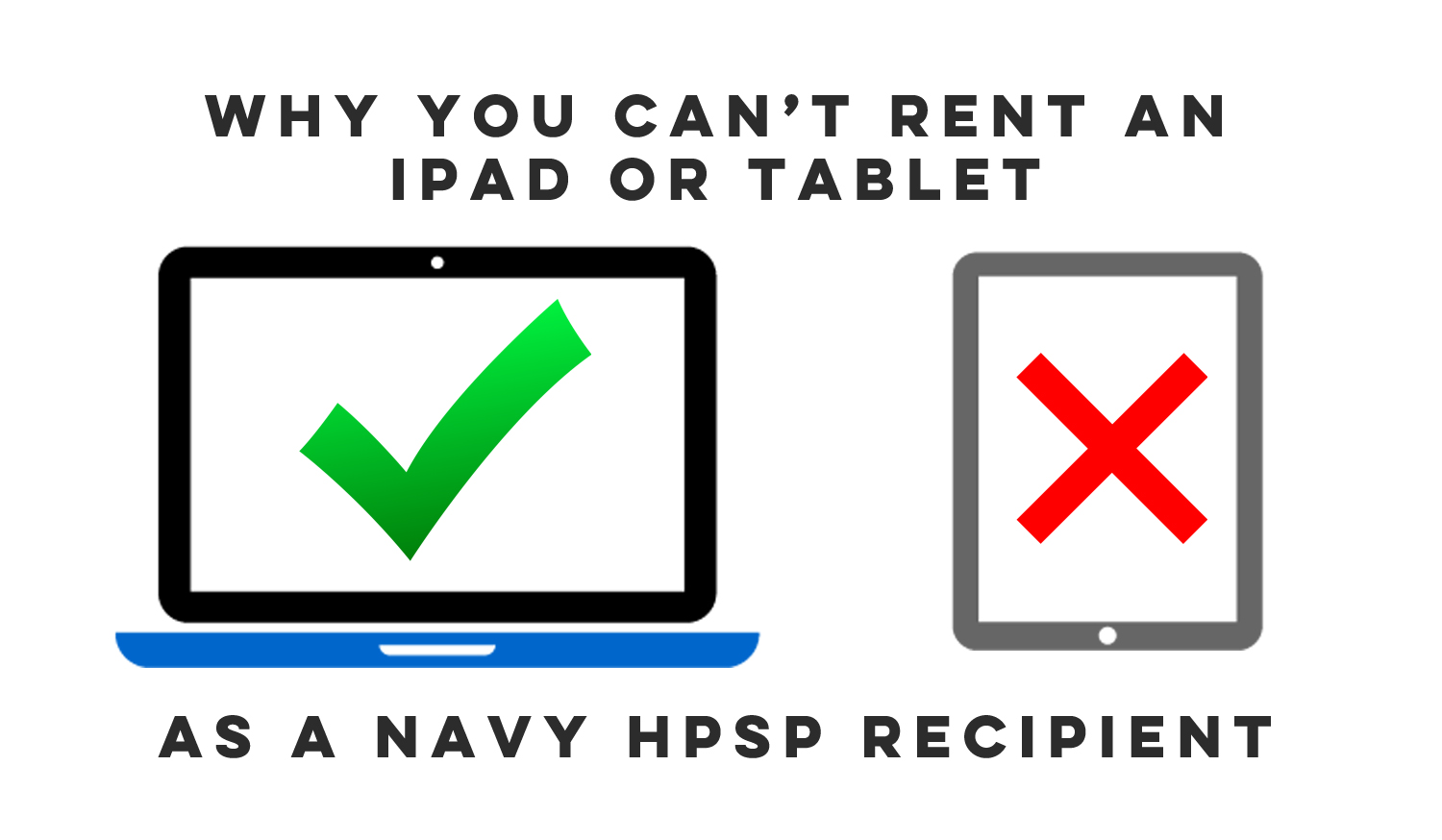 Recipients of the Health Professions Scholarship Program in the Air Force, Army, and Navy, are entitled to a reimbursable computer rental as a benefit of their scholarship. Students can choose the device they would like to rent, with one exception: The Navy will NOT reimburse students for iPads or other tablets. So why is this?

Although the military operates as a whole to protect the United States of America, each branch still operates independently of each other. When it comes to things like the Health Professions Scholarship Program (HPSP), each branch sets forth different stipulations regarding the scholarship. This is why students in one military branch may not be reimbursed for the same exact things as students in another branch.  Likewise, some students may not get a signing bonus for receiving the HPSP scholarship, while students from another branch will.

Laptops For Military Docs strives to uphold all of the guidelines set forth by each branch of the military for computer rentals. We also know from experience that if a Navy student were to try and be reimbursed for an iPad or tablet, they would be denied reimbursement. For these reasons, iPads and tablets are not offered as rental options to Navy HPSP Recipients by Laptops For Military Docs.

If you still have questions regarding this topic, feel free to email us at: support@laptopsformilitarydocs.com